Bklyn Yard's Sunday Best is back! 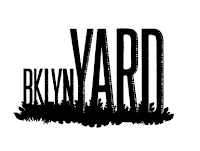 Located on the banks of the bucolic Gowanus Canal (just kidding), Bklyn Yard (formerly known as the Yard) is one of the borough's more versatile summer venues, playing host to everything from free movies to a Todd P.-promoted Dan Deacon show. With the season now in full swing, be sure to check out their signature Sunday Best series, where world-class DJs play for a nominal fee ($8... not bad when Studio B is charging $20 for the privilege of seeing erstwhile Brooklyn rave impresario Frankie Bones every Friday) from 3 to 9 PM. Last year's roster included seminal disco prodigy/Coney Island native Nicky Siano (The Gallery, Studio 54), house-era legend Kevin Saunderson, and hip-hop founding father Afrika Bambaattaa. This year's acts are no less impressive, with contemporary master Theo Parrish, Detroit techno wunderkind Kyle Hall (who, at all of 17, will be making his New York debut), and DJ Harvey all hitting the wheels of steel over the next three months. All events are rain or shine, with Bell House as a contingency in case of incliment weather. The Yard is located at 400 Carroll Street, in walking distance of the Carroll Street F/G station and Bell House.

More info (including mixes and videos) at sundaybestnyc.com and bklynyard.com
Posted by Sean Murphy at 10:39 AM