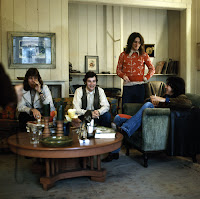 Alex Chilton has enjoyed one of the most enigmatic careers in pop music history. With the #1 opening salvo of "The Letter" in 1967 (written, contrary to popular belief, by Wayne Carson of "Always on My Mind" fame), Chilton and the Memphis-based Box Tops enjoyed a string of blue-eye soul hits that defined the era for more pop-conscious listeners. When the band dissolved in 1970, Chilton attempted to capture the zeitgeist as a New York-based folkie, but soon returned dissolute to Memphis. Reacquainting himself with Chris Bell, another young songwriter who proved to be his musical and personal foil, Big Star emerged from the ashes of Bell's Icewater, with the duo sharing frontman duties. Although only moving a modicum of copies, #1 Record and Radio City would have a profound influence on post-1980 pop that is perhaps only rivaled by Kraftwerk and James Brown; while musically anachronistic, Chilton's mordant -- even embittered -- lyricism would have a profound impact on the likes of Michael Stipe and Paul Westerberg. (Rerecorded by Cheap Trick, "In the Street" was subversively featured as the the theme song of That 70s Show.) With their record label (Ardent, the rock division of Stax Records) nearing insolvency and unable to cope with his heroin addiction and unrequited desires for Ardent executive John Fry (who himself lusted for the straight Chilton), Bell formally left the group after #1 Record, contributing only two songs to the trio-dominated Radio City. By the time Chilton and drummer Jody Stephens reconvened to record the wistful, chimerical Sister Lovers in the aftermath of Watergate, Beatlesque songcraft had been supplanted by extemporaneity and edginess. The result is an unwieldy masterpiece with equal footing in tradition (the bookending cover of "Whole Lotta Shakin' Going On") and the unknown (a prescient rendition of the Velvets' "Femme Fatale", which Chilton makes his own amid such enduring ballads as "Nighttime" and "Big Black Car"). By 1977, Chilton had come full circle from his pop idol origins, opening for the Talking Heads at CBGBs; since then, he has put out a dependable -- if slightly ennui-laden -- string of indie albums steeped in punk blues, chanson, and the eclecticism that Big Star only began to hint at. Chris Bell's fate was less than fortuitous; struggling valiantly with his addiction amid a newfound devotion to Christianity, he died in a car crash less than a year after Chilton's Bowery stint.

In 1993, Chilton and Stephens reformed Big Star with John Auer and Ken Stringfellow of The Posies. Since then, they've toured intermittently and released a couple of albums that generally fall into the ho-hum, indifferent vein of Chilton's later oeuvre. In spite of this, their November 18th show at the Brooklyn Masonic Temple, the group's first full performance in New York in nearly a decade, will likely be one of the best of the year; if recent YouTube videos are any indication, Chilton has retained his stage dynamism, while Auer and Stringfellow are sympathetic to the original records. Tickets (rather pricey at $35.00) are available here. Keep an Eye on the Sky, a box set featuring rarities and favorites, is out next Tuesday.
Posted by Sean Murphy at 12:22 PM