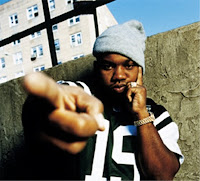 When I was a little tot, Brooklyn-born MC Raekwon pioneered mafiosi rap with 1995's Only Built 4 Cuban Linx, that peculiar yet profoundly influential subgenre of turn-of-the-century hip-hop which inspired anomalies (RZA's brief yet intense penchant for run-of-the-mill soul samples) and aberrations (the lamentable rise and fall of Irv Gotti). As the splendors of thug life became an indelible trope of commercial hip-hop for nearly a decade, Raekwon nonetheless stood apart. For one thing, he had been immersed in the street culture for much of his youth, lending his recordings a verite, brooding, and almost Scorsesean quality that others (onetime Fort Greene resident 50 Cent, for starters) could never dream of emulating. Moreover, like many of his Wu-Tang compatriots, he's a prodigiously talented wordsmith.

Nonetheless, the much-anticipated Only Built 4 Cuban Linx 2 is an incredibly risky gambit in the eclectic waters of 2009. Fifteen years removed from the hardcore era that the Clan will always be emblematic of, hip-hop is as fractured as rock was in 1975. Produced by the late J Dilla, album cut "10 Bricks" is a valiant -- and, I daresay, visionary -- repudiation of the Autotuned gloss that permeates the charts, the signpost to a new space that true believers have anxiously awaited. Fusing the klaxons and expropriated noise of Dilla's final recordings with clarion blaxploitation horns and strident lyrics that recall the gritty Nineties, Raekwon is back with a vengeance. Preview the track here.
Posted by Sean Murphy at 8:40 AM