One of the most revered figures of the golden age of hip-hop, lifelong Brooklyn resident Big Daddy Kane -- best remembered for the seminal It's a Big Daddy Thing -- has exerted a tremendous influence on commercially-oriented MCs (Jay-Z was his protege in the early nineties) and the contemporary alternative scene. Along with Chuck D, Kane was one of the first rap lyricists to combine lyrical acuity with the braggadocio of the streets, providing an essential template for the Wu Tang collective and most New York MCs since 1990. Among the opening acts are Ghananian polymath Blitz the Ambassador (whose globe-trotting Stereotype was just released to favorable reviews) and hi-top fade revivalists the Retro Kidz, whose 1987 electro sound will doubtless thrill any fans of the era.

No, the line-up is not nearly as interesting as I had initially envisaged. But the Juan MacLean are a formidable live act, and DJs like Ayres and Roxy Cottontail will transport you back to the glory days of The Shank or Studio B. Young Love is a dubious choice, but their dearth of new material means that they've probably been cooking up some interesting tunes over the past few years. With 12 hours of dancing at a rate commensurate with those charged by the avaricious promoters of modern clubland, a deal is a deal. 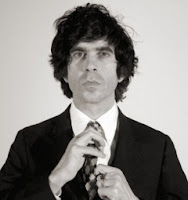 While he often looks like a disheveled and potentially deranged panhandler who frequents the R line, rest assured: Seasick Steve is much cooler than we could ever hope to be. Trained as a blues guitarist by K.C. Douglas (the writer of "Mercury Blues"), Steve (nee Steven Wold) has spent much of his life as an itinerant train-hopping hobo, busker, and migrant worker. That said, his music industry acquaintances are nothing short of stellar -- a pal of Janis Joplin and Joni Mitchell on the folk circuit in the 60s, he produced Modest Mouse's debut album in the mid-nineties and befriended Kurt Cobain while living in Olympia in the late eighties. Properly discovered in his own right after moving to Norway in 2001, the bluesman -- and recent British sensation -- is best known for his diverse array of customized instruments, including the "Three-String Trance Wonder" (a hollowbody guitar with only three strings), a one-stringed diddley bow, and the "Mississippi Drum Machine" (a wooden box that he stomps on). Opening are The Woes, an Americana/country blues outfit quite compatible with Steve's ramshackle style.

More than the effete purists in Neutral Milk Hotel, Six Finger Satellite were the most influential indie rock band of the mid-to-late nineties. Embracing Eighties revivalism and the sounds of krautrock well before either became fashionable, their legacy ranges the gamut from James Murphy and John MacLean of DFA Records fame to the local noise rock scene. Openers Pterodactyl purvey a brand of spacey noise rock that is quite copacetic with the headliners' extreme sound.
Posted by Sean Murphy at 7:38 AM