Rather than assembling a tedious and interminably long calendar in the tradition of previous posts, I've opted to revamp this feature altogether and trim the fat by selecting the best concerts at Brooklyn's leading venues this week. In addition to ogling the accompanying photos, feel free to sound off in the comments if I have been remiss in neglecting your favorite artist!
"Old Rockers Never Die, They Just..." 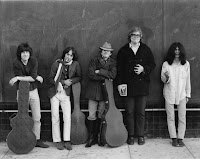 
Despite the confusing moniker foisted upon this concert by its strangely genteel promoter (New York magazine, of all entities), Loney and Jordan are 2/3rds of the original 1965 trio and the primary creative forces behind 1970's Luddite tour de force Teenage Head. For the uninitiated, the Groovies were the lone reactionaries in the San Francisco scene, erring towards a guttural sound that owed more to the histrionics and twangy guitars of Sun Records than "At the Hop"-flavored nostalgia. Providing what will surely be more than proficient backing to these niche legends are The A-Bones, Brooklyn's rough-and-tumble contribution to the original garage rock revival of the 1980s. While fans of the Groovies' later (and better known) incarnation as saccharine profferers of power pop will not be appeased, any fan of traditional rock and roll will appreciate this performance.

Music Hall of Williamsburg (66 N. 6th St.):
$40
8 PM
This concert was initially scheduled for Terminal 5, a cavernous and aesthetically inhospitable venue in Midtown. Alas, Cocker's Stateside following has always been marginal at best (he could easily be likened to Ray Davies in this regard), so it was rescheduled for the less capacious Brooklyn venue when ticket sales failed to live up to expectations. First gaining belated fame with Pulp in the 1990s -- they had recorded their first John Peel session in 1981 -- Cocker returns to his melancholic, self-loathing roots with the recent Further Complications, an album that finds him paradoxically incorporating new influences from electro. The show is nominally sold out... but don't be surprised if a few tickets are put up for sale in the hours preceding the concert.
"Our Band Could Be Your Life"
07/25: Museyroom, The Beach Arabs, The Mighty Handful, Banzai
Shea Stadium (85A Debevoise Av.)
< $10
8 PM
Probably the best indie rock show of the week, or at least the most diverse. Museyroom's brand of scintillating post-rock is as danceable as it is prolix, while the Beach Arabs' feral kick will leave any jaded poseur dancing in the aisles. It's also the last performance of the Mighty Handful, a great Park Slope-based ensemble profiled on this blog and in my earlier column, Music Junkie. Considering that half the crowd will probably be on stage by the end, it will be the furthest thing from a requiem mass!
"And Now For Something Completely Different..."
07/31: The Mekons, The Horse's Ha 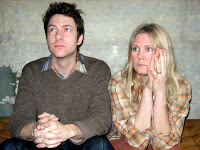 
The Mekons are the oldest continually active British punk band; over the past thirty years, they've expanded their purview from three-chord thrashers to whiskey-sodden epics. Playing semi-acoustically (in other words, expect the set to be heavy on country), they're paired with The Horse's Ha, a British/American outfit that has fused bossa nova and British folk to considerable acclaim.
Posted by Sean Murphy at 4:42 PM