BrooklynBio: The Mystery of Grandmaster Flowers 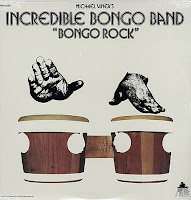 Working in an era where their sociocultural stratum was plagued by gang violence and urban decay, many of the New York-based pioneers of hip-hop and dance music operated under a veil of secrecy. The block parties that served as the birth pang of hip-hop and the dance incubators of SoHo were more than merely parties and clubs -- they were refuges from such virulent forces of homophobia and compulsory braggadocio, where even the toughest B-boy could lock and pop to the JB's "Monorail". As glorified saloonkeepers who hardly saw themselves as enduring historical figures, the founding fathers of these respective movements -- whose paths commingled and dovetailed more frequently than the prematurely revisionist record led earlier generations to believe -- were largely forgotten until recent years, when ethnographers like Tim Lawrence brought such seminal figures as David Mancuso and Nicky Siano from the microfiche collection at the New York Public Library to VH1. Even still, figures are bound to get lost in the shuffle, and despite valiant efforts by the few who remember him, Grandmaster Flowers will probably remain not much more than an enigmatically fading memory.

Here's what we know about the elusive DJ:

What are we to conclude from these nebulous (and seemingly improbable) accounts?