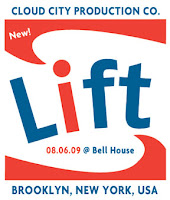 Celebrate what would have been Andy Warhol's 81st (!) birthday at the Bell House with a phalanx of leading scenesters. Scheduled activities include a "make your own Brillo box" workshop, screen tests in the style of Warhol's mid-60s oeuvre (these will be posted on the Internet), and -- naturally -- covering the DJ booth in silver foil. About as fabulous as a sweaty August night can get. 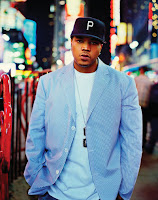 The eclectic Rock the Block Fest juxtaposes gangsta era veterans like Styles P and Freeway with a number of ascendant acts, including the Tel Aviv-based Soulico Crew. Those disenchanted with mainstream hip-hop's recent turn towards the dancefloor will likely enjoy the block rocking beats and erudite rhymes that will predominate here. 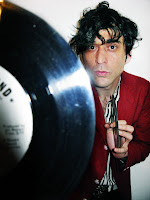 Specializing in danceable soul records from the pre-disco era, Jonathan Toubin's esoteric take on dance music has earned him an avid following in the indie community, with over 600 people crowding into the low-capacity Market Hotel for one of his recent parties. (Toubin also presided over the bacchanalia at The Shank, an ill-fated Williamsburg after-hours club recently chronicled in the New York Press.) While Toubin will be spinning at his monthly Soul Clap & Dance Off at Glasslands earlier in the evening, this Todd P-sponsored after-hours "speakeasy" is bound to be the more exciting event for intrepid partiers. 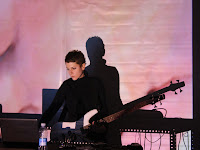 a video artist, Basque musician Pilar Baizan began to drift into the realm of electronic noise with her Baseline project in the mid-2000s. According to the press release, "she starts working with glitches, field recordings, sounds of synthesis... she manipulates loops and sound fragments to make dense and heavy compositions. She often accompanies her shows with video, which are intended to provide more depth to the sound, an idea which comes from video-art." The concert is but a part of a greater program celebrating avant-garde Basque music, which will also include a lecture (“Sound Art in the Basque Country Today”) by Txema Agiriano and video excerpts from the MEM arts festival.