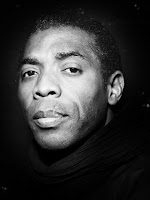 Since David Byrne's triumphant opener a couple of weeks back, we've neglected the always-dependable Celebrate Brooklyn concert series. Since being spearheaded by the oft-imitated but never rivaled Marty Markowitz in his formative years as a politico, the summer series has gone on to be one of the best of its kind in the United States, introducing avant-garde (Marc Ribot) and exotic sounds to Brooklynites for free, all in the confines of the spacious Prospect Park Bandshell. Although these cultural events usually grow torpid in the face of a recession, this season may well be the best yet.

Tomorrow night, Femi Kuti will be bringing his family's patented brand of Afrofunk to the Bandshell with Brooklyn-based Positive Force, led by "best bassist in the world" Melvin Gibbs. For the uninitiated, Afrofunk (or Afrobeat) is a subgenre of Nigerian music pioneered by Kuti's father (the late Fela Kuti) that combines the socially-charged lyrics and funk rhythms of late-period James Brown with highlife-influenced horn arrangements, making it not at all dissimilar to American funk, disco, or hip-hop and such postcolonial touchstones as Paul Simon's Graceland & the work of the Talking Heads. With Kuti tickets routinely in the $30 range, this is a great bargain, and you can count on Brooklyn Music being there.