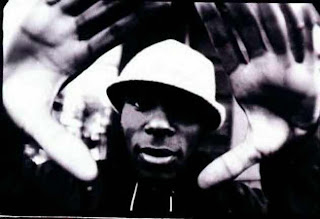 Changing trends over the past three to five years have precipitated major upheaval in the hip-hop universe. After nearly a decade of broken funk beats, crass samples, occasionally inscrutable lyrics, and weed & gun-infused swagger, the genre reconnected with its spectral dancefloor roots via startling collaborations (N.O.R.E's turn on Canadian electro outfit MSTRKRFT's "Bounce"), Dylanesque "don't pigeonhole me" recalcitrance -- witness Common's recent transformation from Afrocentric funk revivalist to carnal dance maven -- and the rise of a new generation of eclectic African American musicians who felt disenfranchised by the Nineties' criminal ardor (think Jahmal Tonge from dance-punk duo the Carps, who is clearly influenced by hip-hop but plays in an entirely different arena). When reports surfaced last year that the Spectorian Scott Storch, having belied his underground cred as the Roots' original keyboardist into a Faustian bargain that included producing pop tarts at $85,000 a track and pioneering the banal sound that Eminem and 50 Cent would take to the top of the charts on Dre's 2001, was nursing a cocaine addiction and defaulting on child support payments, the fat lady had sung the tune of hubris. Even the mainstream had, to varying degrees of success (Kanye West's 808s and Heartbreak and Lil' Wayne's Tha Carter III being the requisite Rolling Stone historical testaments), integrated the innovations of the groundswell that was roughly coterminous with the "electro-hop revival" and "blipsterdom". Considering that the original hipsters, as per Mailer's Advertisements for Myself, were affluent whites merely emulating the ineffable cool of black bebop players, the latter term does ring of a certain absurdity; thankfully, it seems not to have caught on in common parlance... yet.

Which leaves us with Mos Def, the unclassifiable everyman of alternative hip-hop. Blithely ignoring the trends of the late 90s and early 00s, the Brooklyn-born-and-based MC (real name: Dante Smith) carried the socially-conscious torch of A Tribe Called Quest and De La Soul when it was as unfashionable as parachute pants; he was also one of the first to remind the genre of its roots and integrate musicians from a syncretic playing field, most notably Bad Brains' Dr. Know and vanquished psych-funk auteur Shuggie Otis (who plays a memorable blues solo on The New Danger, Def's 2004 foray into a reconstituted hip-hop). Interestingly, this album penetrated the Billboard Top 10 when commercial rap was at its absolute nadir in 2004, demonstrating that there is always a market for good music. Like Tom Waits, he has also pursued a moderately successful acting sideline, appearing in the successful remake of The Italian Job, Be Kind Rewind, and an episode of House.

Indeed, Def's latest -- the much-anticipated The Ecstatic, out on June 9th -- captures the rapper at his most Waitsian, pursuing a singular and idiosyncratic style that takes very few cues from electro... or any other purported flavor of the moment, for that matter. It's sui generis at its finest. The horn and marimba-laden "Twilite Speedball" is practically a homage to Waits's Rain Dogs-era New York sound, with bizarre, nocturnal lyrics that reveal a new side to the performer. Lead single "Life in Marvelous Times" and the appropriately titled "History" (the latter featuring Mos's brother-in-arms, Talib Kweli) revel in a neo-blaxpolitation fantasia of dramatic strings and incessant funk; its the closest he's come to impinging upon Wu-Tang turf, but the flow makes it all worthwhile. "Casa Bey" settles into a lambent Southern soul groove, and the opening "Supermagic" is all Hendrix guitars and rock & roll -- unlike most rappers, Def has always been particularly enamored of the guitar god.

But it is the album's more eccentric moments, such as the Arab pop-influenced "Wahid" -- which, save for its lyrics, would sound great on car stereos on Atlantic Avenue or Fifth in Bay Ridge -- and the Spanish "ballad" "No Hay Nada Mas" that make The Ecstatic truly worthwhile. For Mos Def, hip-hop doesn't seem to be a lifestyle -- it's just a set of tools, a springboard for his formidable talent. Which, if this album is any indication, may well land anywhere over the next decade.
For more information, check out http://www.myspace.com/mosdef.
Posted by Sean Murphy at 10:03 AM