MyPod: "You're In My Eyes" by Jarvis Cocker 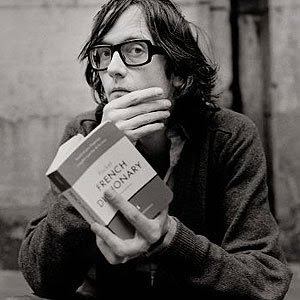 Don't want to spring for the cash (or, if you're more daring, harddrive space) that a new album will invariably eat up? In MyPod, we turn you on to the best new singles, free of charge.
Hard to believe that two of the cuts most frequently gracing my earbuds as of late were crafted by a heritage act (however obliquely... Iggy will never be the Eagles) and a more contemporary artist who has defiantly embraced that tradition (however eccentrically... JC has never really caught on in America, and heaven hopes he never will), but such must be the nature of my music taste.
The 2000s have been a quiscient decade for Jarvis Cocker. After triumphantly breaking through on the British charts with Pulp's Common People in 1995, Cocker descended into the harrowing morass of excess (detailed voyeuristically on the follow-up This Is Hardcore) before recovering on the Scott Walker-produced We Love Life. After the inevitable break-up of Pulp, Cocker married a French artist and settled in Paris -- his lack of fluency in the language notwithstanding for the Godard-bred erstwhile film major -- where they had a son and tried the whole family thing. As a direct consequence, Jarvis's solo debut, the imaginitively-titled Jarvis, was a rather torpid affair -- a New Morning for the 00s, if you will. Interviews captured a doleful Cocker sitting around his Paris apartment, quite lonely, dedicated to his son but quite adrift in a foreign culture.
Which leads us to this week's tabloid fodder of the Cockers' swift journey towards splitsville. This was no surprise to anyone who had heard the contemporaneously released Further Complications, an incredulously good effort that blends the naievity of Common People to This Is Hardcore's neo-soul sleaze. On the album's closeer, "You're In My Eyes (Disco Song)", Cocker wrestles with the sacred and the profane; it's Iggy Pop's "Fall in Love With Me" revisited, all over a syncopated dance shuffle. The old swagger has returned -- though I don't know about the new beard -- and to paraphrase Ralph Gleason, "We've got Jarvis back".
Posted by Sean Murphy at 1:36 PM